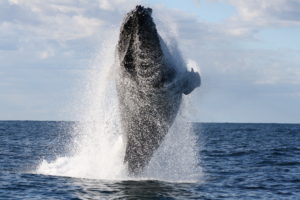 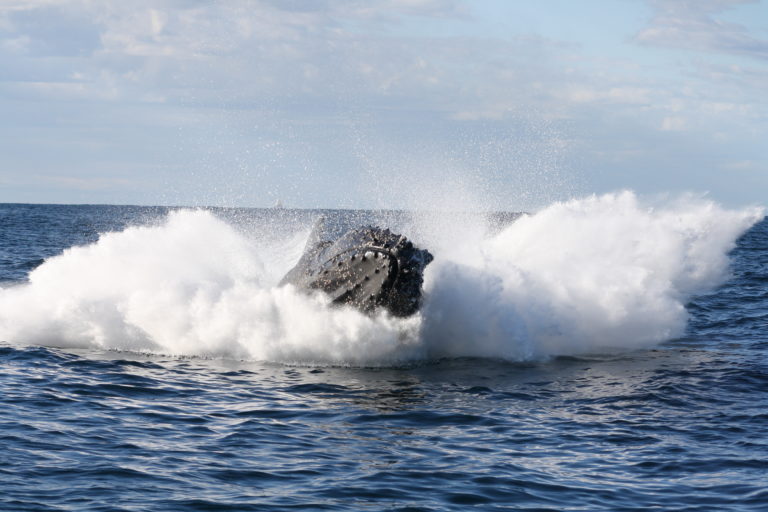 Seeing a humpback whale up close and in the wild is possibly one of the most exhilarating wildlife encounters that you can experience in NSW. Now, Terrigal Ocean Tours have brought this experience to our doorstep.  It is a new company that provides a range of tours along our stunning coastline.

Terrigal Ocean Tours owners, Sharyn and Andrew Jones, saw an opportunity and took the plunge commencing tours in January 2019. For many years they sat at the Haven enjoying breakfast looking over the beautiful bay, watching whales go by and wondering why no one was doing whale watching tours. With whale numbers increasing and tourism growing, they decided to put their years of boating experience and marine knowledge to good use and have a whale watching vessel custom built. “Merrow” is a Rigid Hull Inflatable, which is very stable and comfortable, essentially it is a coast guard rescue boat fitted out for whale watching with all of the latest safety gear and technology.

Together, they have a fairly unique skill set with Sharyn being a High School teacher for 20 plus years, and Andrew with a background in conservation and marine science. Andrew is also a very experienced mariner having served as an officer in the Royal Australian Navy and sailing as an offshore yachtsman for several years.

One of the highlights for Sharyn and Andrew is introducing kids to an ocean experience. Often someone will come on board nervous and quiet, but by the end of the trip they are confidently gaining their sea legs and grinning from ear to ear. Sharyn attests this to Andrew’s regular ‘dad’ jokes. 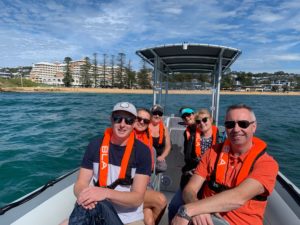 Last year the Humpbacks put on a fantastic show. They are the most common whale on the East Coast with a population of approximately 30,000, and they migrate right past Terrigal. They are also the most acrobatic. Amazing displays of breaching and tail slapping have been enjoyed by many on the tours. The competitive male groups are an incredible sight, with pods of up to 7 big males, charging along, jostling to be the dominant male. In May, the whales start heading north to the warmer waters of Queensland for breeding and these big guys try to out-compete each other with their displays of breaching and tail slapping.

During September and October, it is a magical time to sight the mothers and their new calves on their return journey south. They often pull in to the Central Coast’s protected bays to rest and feed up for the long trip back to the southern ocean. Surprisingly, last year Terrigal Ocean Tours also saw five newborn calves on their way north. Traditionally, the humpbacks give birth to their calves in the warmer waters around the Great Barrier Reef. Recent research is showing calving to be increasingly common around the Gold Coast. This year Sharyn and Andrew will be looking to validate the new born calf sightings. It is possible that the Central Coast is more important for whale habitat and conservation than previously thought.

One of our key aims is to support local marine conservation and education. Terrigal Ocean Tours are establishing research links with the University of Newcastle Marine Science section and local marine conservation groups, like Central Coast Dolphin Project. They also participate in the “Happy Whale” international research program which identifies and tracks individual whales from photographs of their tail fluke. Sharyn and Andrew were very excited to learn they had taken a photograph of a whale that was last spotted 10 years ago in Queensland. This database gives scientists and researchers a much better understanding of whale biology and their migration patterns.

Terrigal Ocean Tours also runs tours out of Hardy’s Bay, across Broken Bay to Pittwater, West Head and around behind Lion Island. Guests on the tour are always excited to see the colony of Long Nosed Fur Seals re establishing in Broken Bay. The seals were pretty much hunted out of the area back in the 1950’s. Up to 20 seals have been seen which are thought to be a bachelor colony. Sharyn and Andrew are developing a photo catalogue to estimate numbers and identify individuals. If the males establish a safe anchor point, it is expected the females may return and hopefully breed seal pups for future tours to encounter. 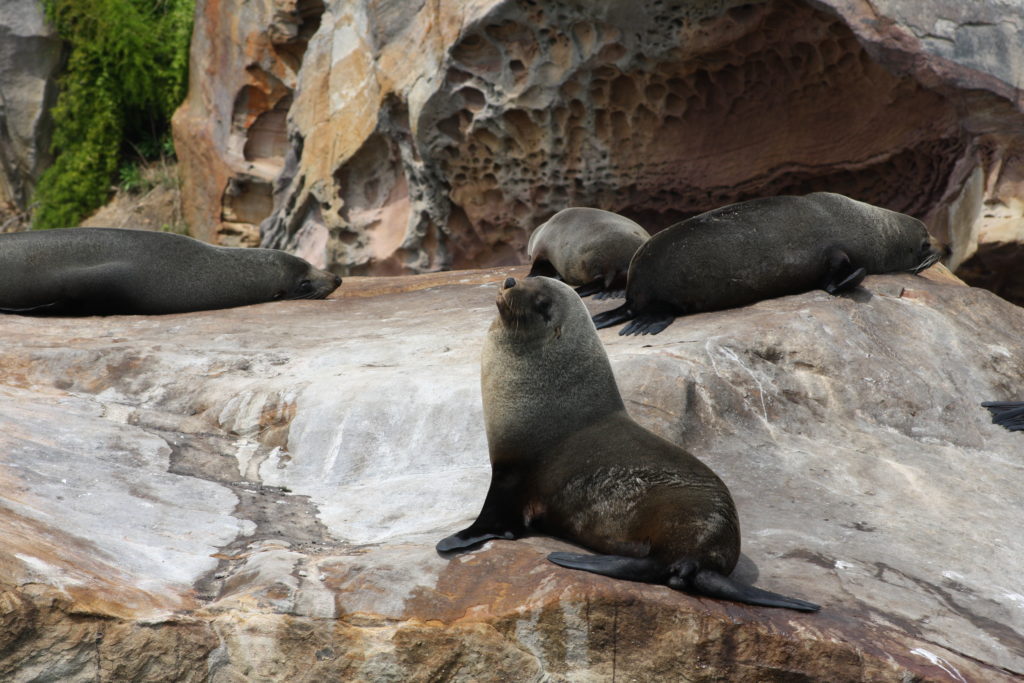 Everyone loves dolphins. These gorgeous sea mammals often follow the tour boat and ride the bow wake putting on a playful show, jumping and darting all around the boat. Equally as playful, but not so well known, are the False Killer Whales encountered on some of the tours.

Not to forget the twitchers (bird watchers). There is an abundance of bird life on the ocean during the months of whale migration. Just to mention a few species who also travel thousands of kilometres; Fluttering Shearwaters, Black Bowed Albatross’ and Australian Gannets. The huge flocks of Shearwaters diving deep into the ocean needs to be seen to be believed. 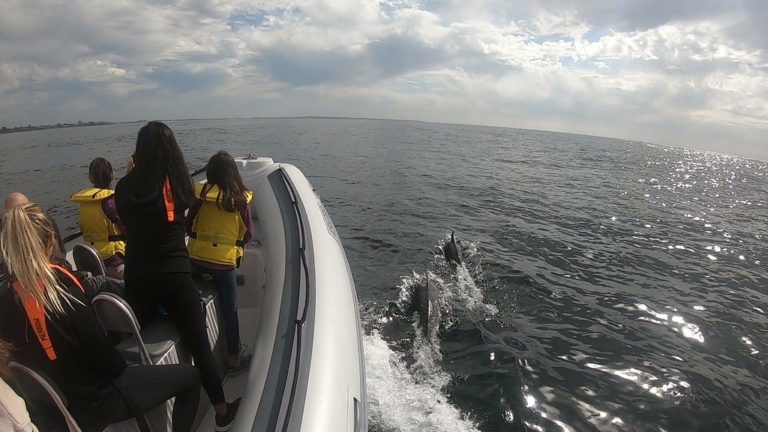 As we pull out of Terrigal Haven, it is always breathtaking to see the stunning view of the coastline with its sheer cliffs and white sandy beaches. Highlights include Terrigal skillion, Cape Three Points, Bouddi National Park, Crackneck Lookout, and there is always time to respect Mother Nature when Andrew talks about Coastal Erosion. 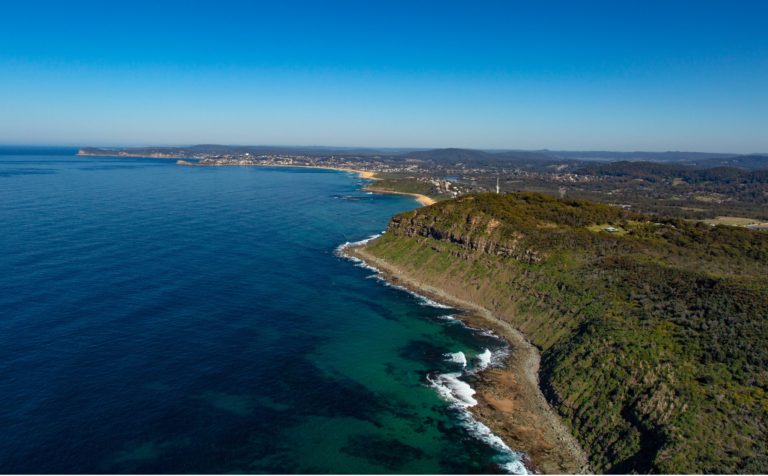 Terrigal Ocean Tours take a maximum of 10 passengers which makes it an engaging small group experience with the marine life. Andrew is a qualified marine biologist who gives an informative and interesting commentary and is happy to answer any questions.

For more information please call 0449999868 or see our website at www.terrigaltours.com.au.

Whale watching tours operate from 1 May to 31 October on Friday, Saturday and Sunday.

Due to Covid restrictions, we will be taking limited passengers to ensure social distancing. Don’t miss this unique opportunity to see the whales up close in a small group. www.terrigaltours.com.au 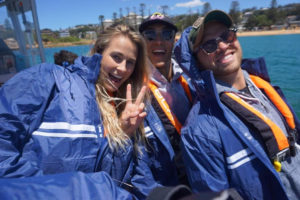 Enquiring the cost of two people to have a whale watching experience please? 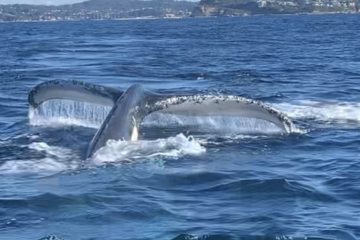 The end of September and early October is the peak time to see the Humpback whales migrating south with their new calves. It is a fantastic time to experience one of the most amazing wildlife Read more… 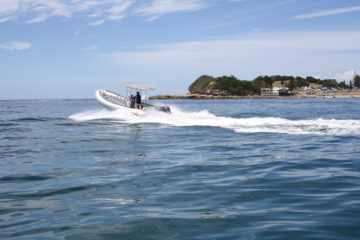 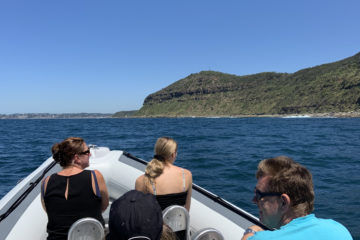 What We’ve All Been Waiting For!

Terrigal and the Central Coast finally has a dedicated Whale Watching tour boat. Offering whale watching, dolphin watching and marine education on our family oriented cruises. We are excited to announce the launch of Terrigal Read more…