The Humpback Whale migration is one of the most amazing wildlife experiences in Australia and the Central Coast has access to spectacular views from our coastal lookouts and whale watching boats.

The Humpbacks spend our summer in the Southern Ocean, feeding on the abundant krill and small fish while conditions are mild. In winter deep low pressure systems form and the Southern Ocean becomes cold and stormy. The whale’s head north to sub-tropical waters for the feeding and breeding phase of their lifecycle. 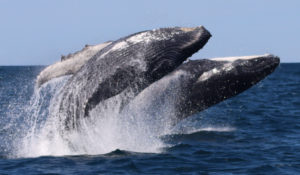 The main reason for the migration is to have the calves. They are born without a protective blubber layer under their skin and they wouldn’t survive the cold Antarctic winter. The mothers swim approximately 2000km across the Southern Ocean then 2000km up the east coast of Australia to give birth in areas such as Hervey Bay and the Whitsundays. The mother then has to produce about 200 Liters of milk a day so that the calf can build itself up ready for the return journey to the Southern Ocean. It is a big job to be a Humpback mum. 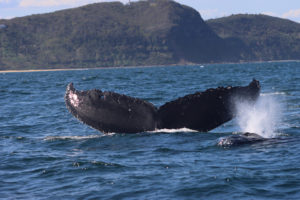 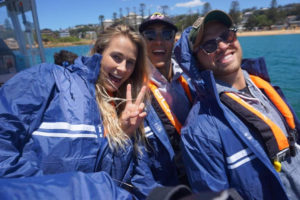 During Spring the mothers pull in to protected bays like Terrigal and Broken Bay to rest and feed. It is a magical experience to see a new born calve with its mum. “We have even seen a calve playing with a bunch of seaweed and passing it to its mum” Says Terrigal Ocean Tours skipper Andrew Jones. “They are known to be altruistic, protecting other mammals such as dolphins and seals and even humans from predators in the ocean.”

The males go up to mate with non-pregnant females in the warm waters of The Coral Sea. In calm areas such as Hervey Bay and The Whitsundays. The young males normally lead the migration passing our waters in May. “With a belly full of krill and driven by hormones they put on an incredible acrobatic show of breaching and tail slapping. A pod of competitive whales is an incredible sight, up to seven whales charging along trying to outdo each other.” They not only use their displays of strength to court the females, they also use their humpback song. “It is a reflection of their beautiful nature that their courtship includes singing to attract the female. 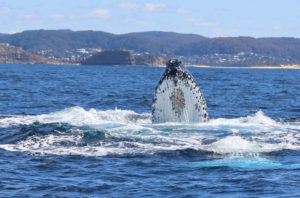 Humpbacks migrate up the coast of each continent from the Antarctic. Researchers have monitored Humpback Whale Songs and it appears that they mix in the Southern Ocean but then stick to the same migration path that they learn as a calf. The mothers teach the calves the migration route as they return south. Other research indicates that they use the gravitational forces of the moon to navigate the oceans. 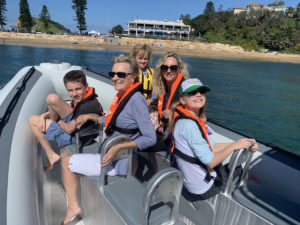 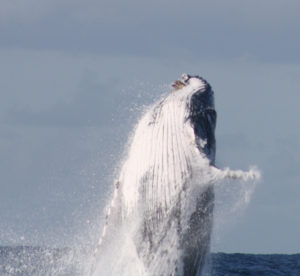 The population of east coast humpbacks dropped to approximately 800 during the whaling era but has recovered to 35,000 and is increasing by 10.9% / year. Get out to a coastal lookout or on a whale watching tour and enjoy this amazing wildlife experience.

Our trips with you, Skipper, have been amazing and it’s great to learn more from you about Humpback whales. You certainly know your subject and have the skills to pass on your knowledge. Many thanks. 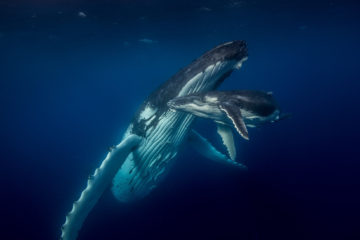 Have you ever dreamed of swimming with whales? Majestic Whale Encounters was founded in 2013 by two sisters Carmen and Sarah who have always had a passion for travel, the environment, the ocean and particularly Read more… 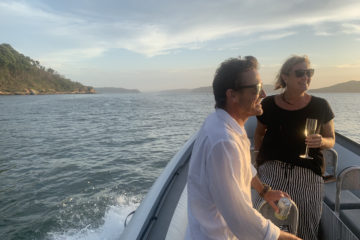 Terrigal Ocean Tours are offering a range of small group adventures in a high performance adventure tour boat. Our summer activities are based out of Hardys Bay which is a delightful seaside village on the Read more… 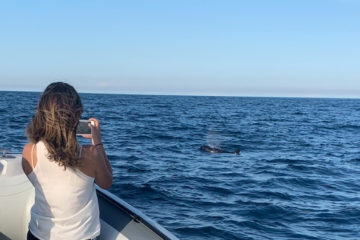 It has been a very successful end to the summer with our Summer Blast tours proving very popular. The weather has been awesome and there has been plenty of opportunities to enjoy the scenery and Read more…